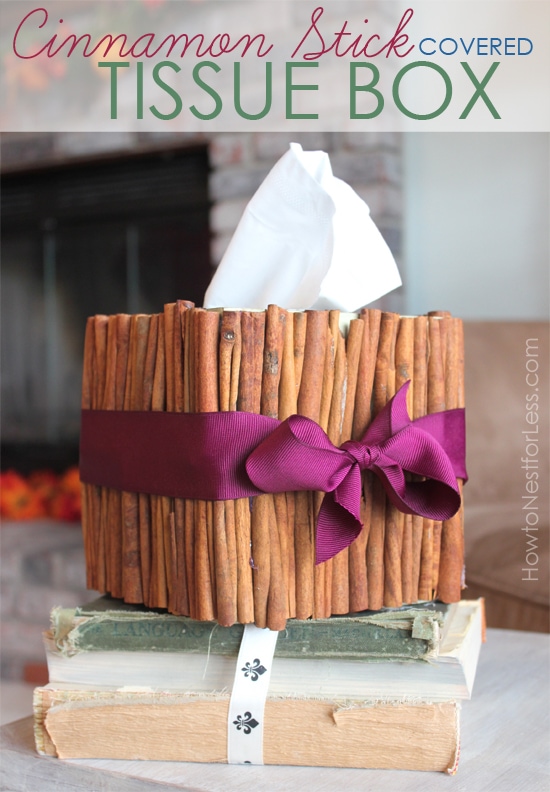 I recently had the opportunity to get some new craft supplies from a new website called Consumer Crafts. I picked out a whole bunch of crafty goodies, including many items for the Fall and Christmas seasons. What did I gravitate towards first? Some sweet smelling cinnamon sticks! And since this cooler season always seems to bring on more sniffly noses, I decided to make a cute little Cinnamon Stick Tissue Box. 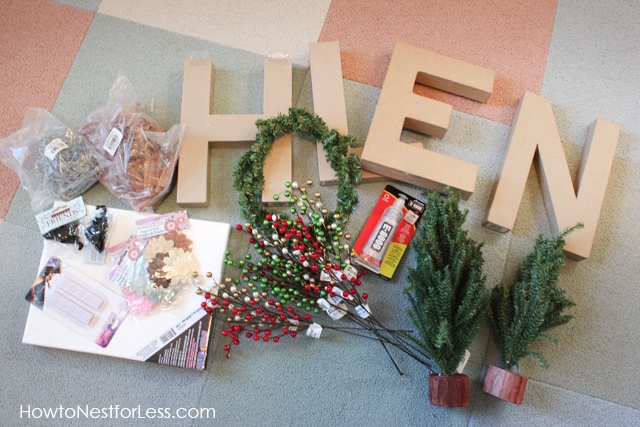 Here are my supplies:

I started by painting the entire square tissue box in a coat of Annie Sloan Chalk Paint in Versailles, a muted moss green color. I coated it in a thin layer of dark wax. 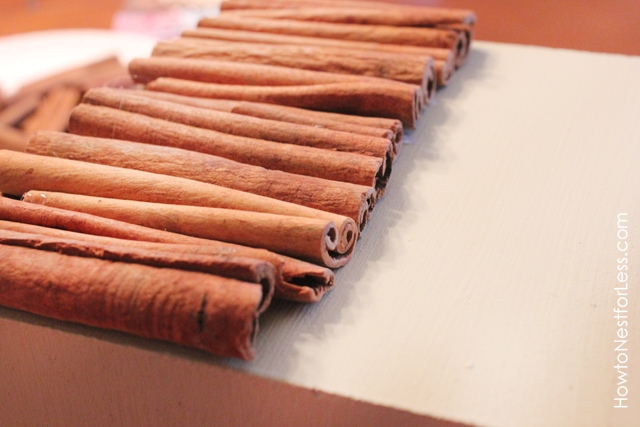 Next I started to hot glue the cinnamon sticks around the tissue box. Two layers fit the height of the box perfectly… whew. That made a much easier & faster crafting experience! 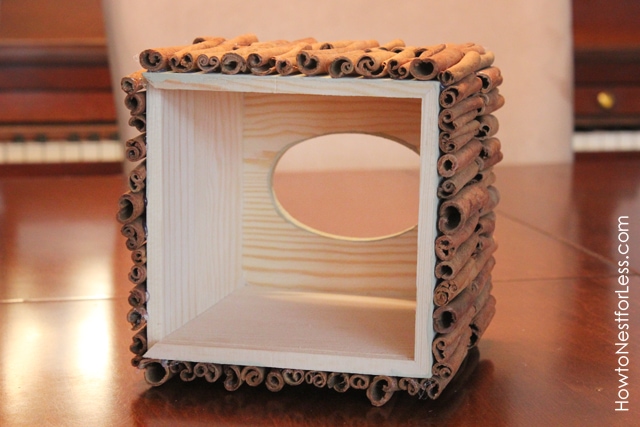 The tissuebox actually had a bottom that slid into place, but I decided to just take it off completely so I didn’t have to worry about working around it.

To make up for the little separation between the two layers of cinnamon sticks on the outside of the box, I used some burgundy ribbon to hide the gap. 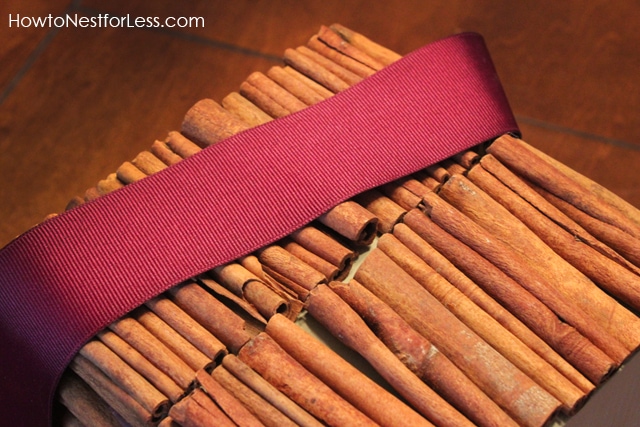 And that’s it! I didn’t glue the ribbon into place since I want to change it out with a Christmas ribbon during the winter months. Pretty cute & easy craft, right? 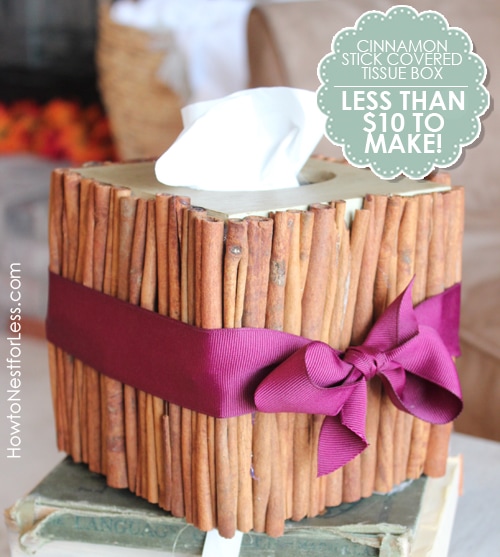 I love how the edges are a bit imperfect (yet it doesn’t wobble one bit).
Adds some character I think! 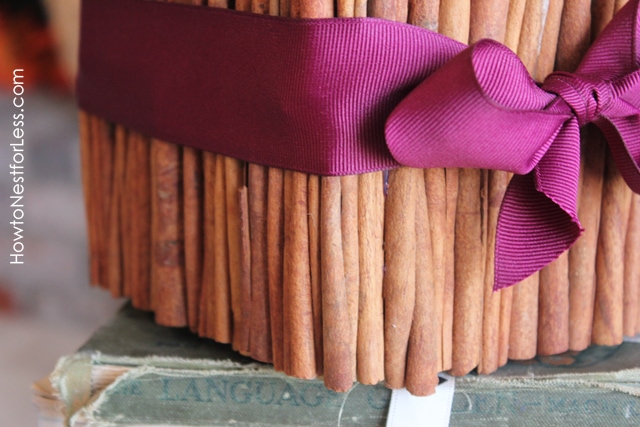 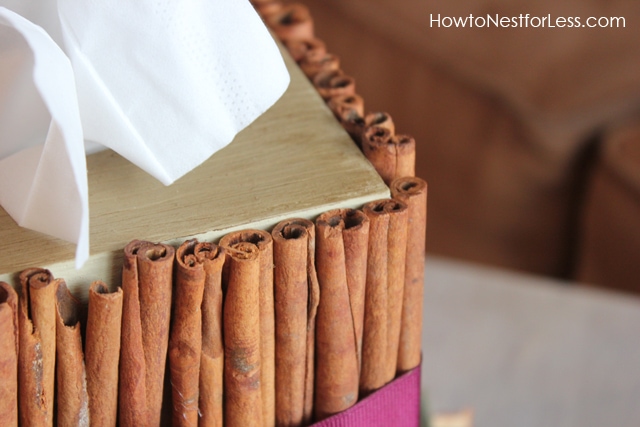 Consumer Crafts is also having a Refer A Friend contest going on now and you could win a $250 shopping spree. Click here for details there’s 6 different winners so make sure you enter! 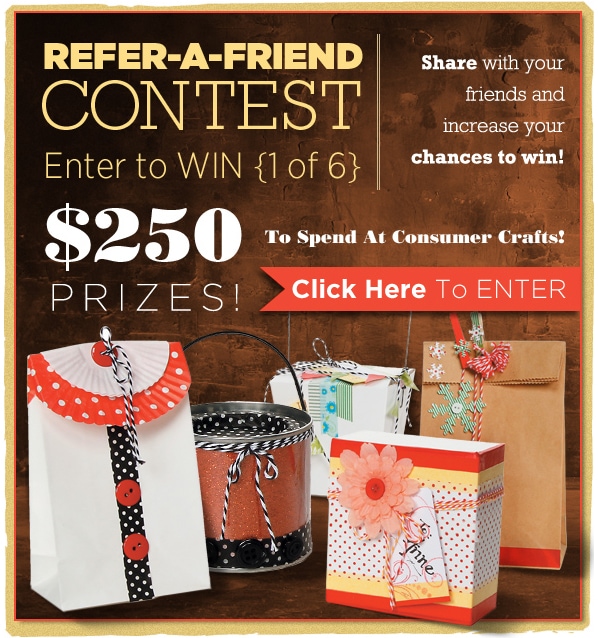 And just think of all the cool crafts you could make with $250 worth of supplies from Consumer Crafts if this Cinnamon Stick Tissue Box only cost me only $10!

Disclosure: This post was compensated by Consumer Crafts. All opinions are 100% mine.