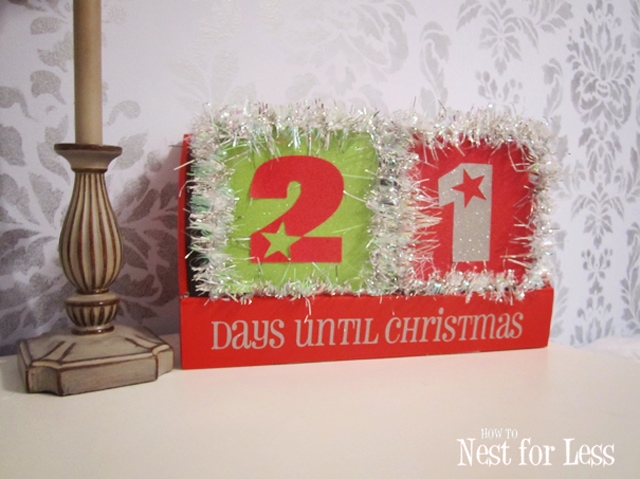 As most of you know I have an (almost) 4 year old miracle named Ellie. She’s in preschool and LOVES math and anything to do with numbers. I thought a Christmas block calendar would encourage her counting skills and be a fun little Christmas craft that she can keep in her bedroom. Let’s begin!

First I gathered my supplies… two 5 inch Styrofoam blocks, 2 garlands of tinsel from Dollar Tree, sticker scrapbook paper and a stand up display box. OK, I have to admit… I didn’t purchase the display box. I saw it empty at the Dollar Tree and asked a worker if I could take it for free. It was the PERFECT size for what I wanted to accomplish. Thankfully he said YES! 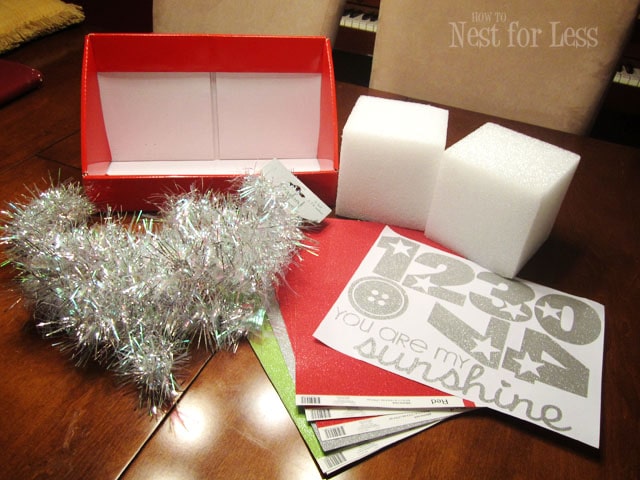 I started by measuring out the sticky scrapbook paper to cover the Styrofoam cubes. The paper was long enough at 8.5×11″ to cover two sides of the cube. It worked out to having each cube with 2 red, 2 green and 2 silver sides. 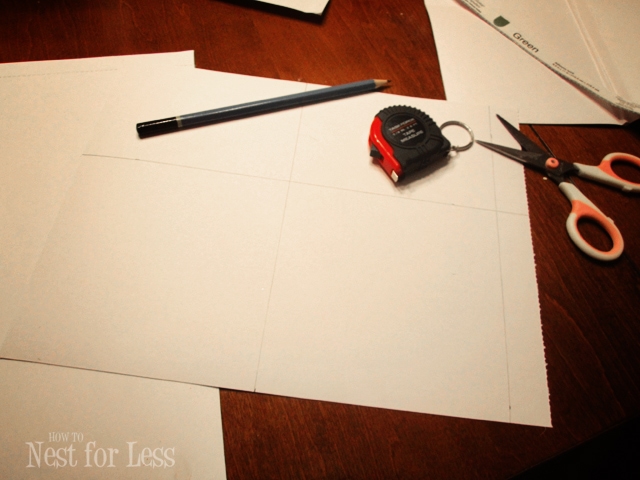 The corners weren’t perfect, but no worries! That’s where the tinsel comes in! 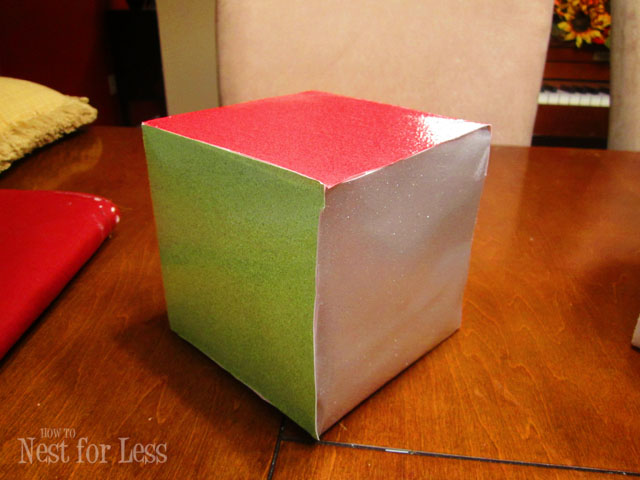 I used my handy dandy hot glue gun to attach the tinsel to each cube. 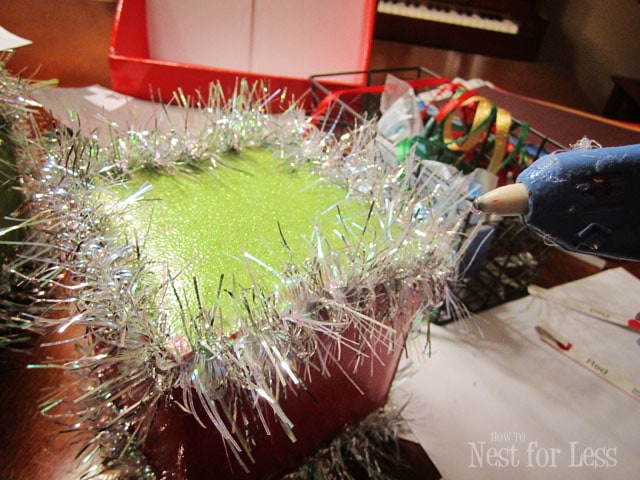 For the numbers I used my new Silhouette Cameo to cut out vinyl lettering on glittery paper (the font I used is Politician). I did half in red, half in silver. You could also use large stickers for this step, or just cut numbers out of construction paper or extra scrapbook paper! 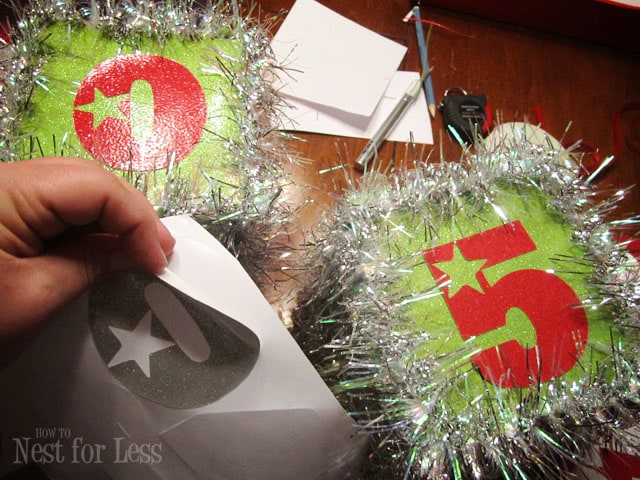 Next it’s time to prepare the stand up display box I got for FREE from the Dollar Store. Like I said before, it was the absolute perfect size to fit the two 5″ cubes! I added the phrase “Days Until Christmas” in silver glittery letters to the bottom of the box in a font called Pharmacy (also, if you don’t have a Silhouette Cameo or vinyl lettering, just use stickers!). 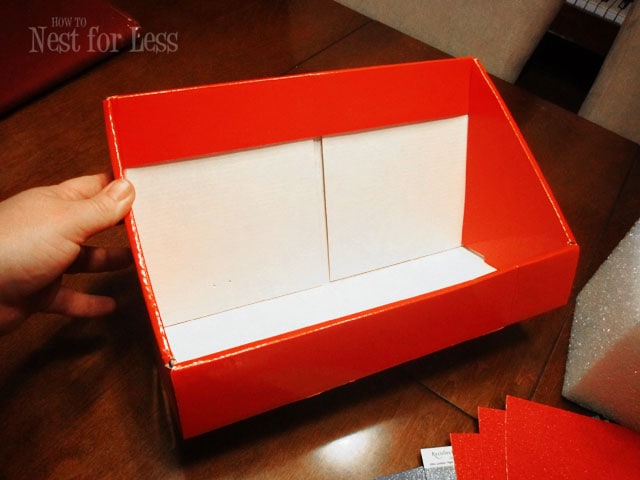 And that’s it. Wanna see the final result? I’m SUPER happy, and so is my little lady! 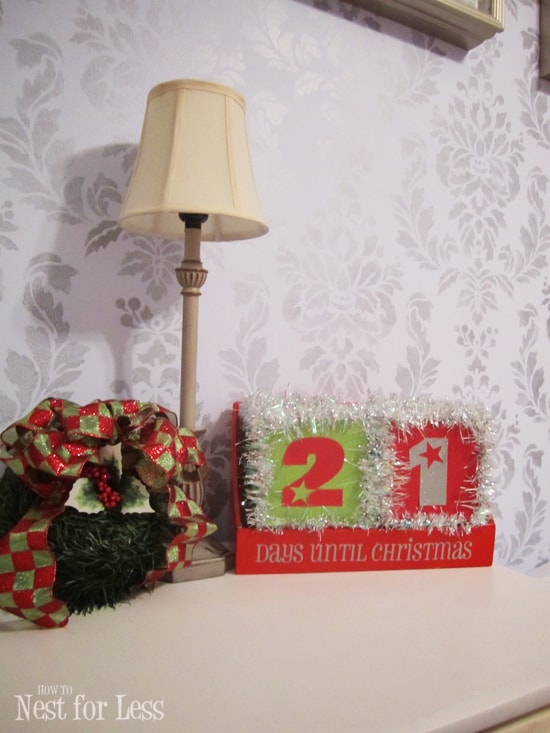 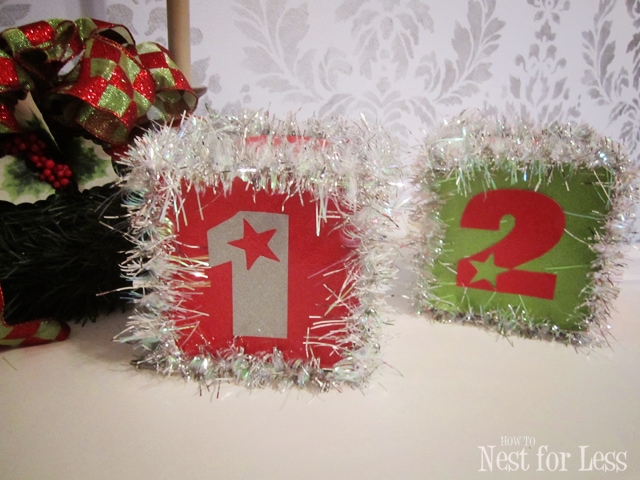